LAGOS in the Algarve or the (Al Gharbe) as it was known by the Moors was established  near  the most southwesterly point of Europe. Sagres and Cape St. Vincent being at the most strategic Gateways into Southern Europe. 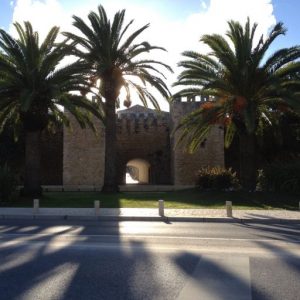 OPEN WIDE YE GATES < LET THE KING OF GLORY IN .

Lagos was the first port of call where there was a slave market by the port, There has been much repentance for the blood spilled and souls sold from Lagos.

Oasis Christian Fellowship have established or partaken in many prophetic acts over the past years. Including  receiving African ministers, as FREE MEN, when they came into Lagos harbor by boat. They were given gifts of repentance.

We went to Sagres Fort to prophetically open 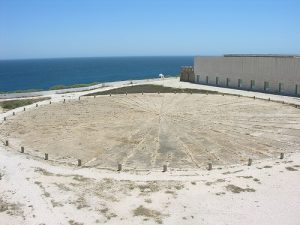 Navigating from the Gateway to Europe

the Gateway to Europe between Portugal and Morocco and symbolically set Europe ablaze  with the Fire of the Fathers Love .

Another time a we performed a prophetic act of cleansing the lakes for abundance in the land. 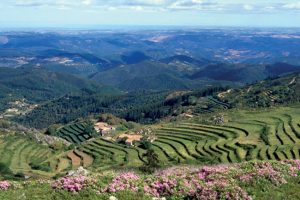 We were instructed by the Spirit of God to stake the ground with 7 painted red wooden stakes symbolic of the 7 churches, poured oil on them for a fresh anointing and scattered seeds for a new harvest of souls.

In June 2013 Oasis hosted a Christian music festival   Europe Ablaze   set in an Amphitheater inside of the walled city of Lagos . It was a fusion of prophetic worship,dance and biblical dream interpretation.to make an inroad to the heart of the city. 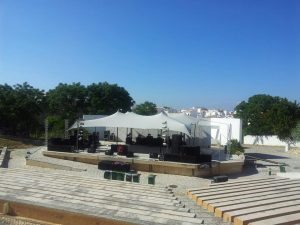 There have been many Prophetic words over Portugal and the Southern Gateway and we believe the next Fire of Reformation, A Tsunami of His Holy Spirit will come through this Spiritual Gateway and touch every Nation that has a shoreline on the Mediterranean sea. From Spain to France , Italy, Croatia ,Albania, Greece, Turkey, Syria, Lebanon , to ISRAEL , and from Morocco to  Algeria,Tunisia, Libya,Egypt to Israel and on to the Nations.

The Algarve in Portugal is known as Europe’s California because of its temperate climate, long sandy beaches, and residents from many different nations makes it a true multicultural society, A meeting place of every tribe and tongue.

We believe Oasis will be a place of sending the Gospel and returning with a good report from the A.R.C.

ALL WELCOME < Come and Join Us ,